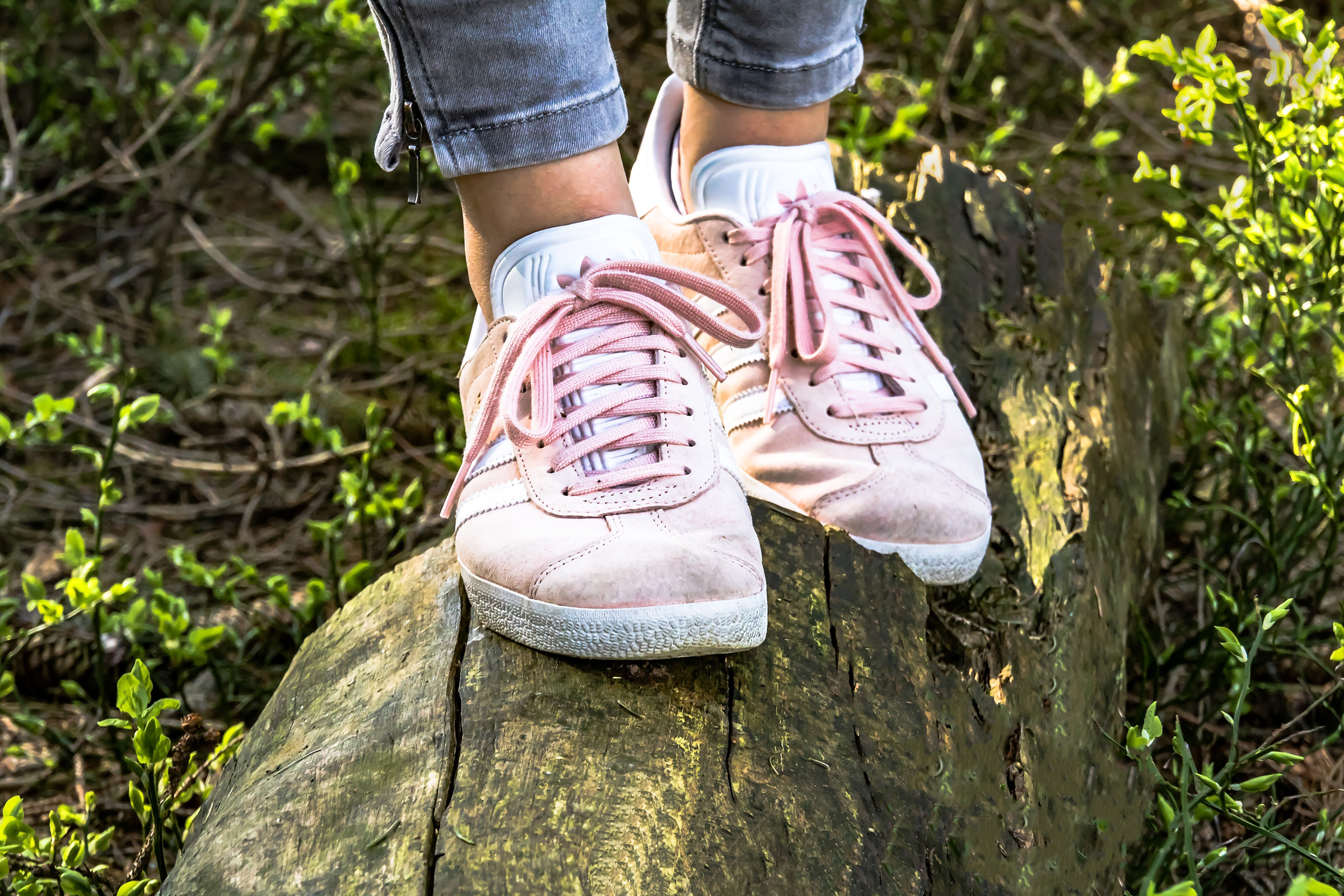 Maybe, at some point in your life, you have suffered from brief periods of vertigo which disappeared without treatment. If it happened to you, maybe you suffered from benign paroxysmal positional vertigo or BPPV. It may be a strange name to you, but you don't have to worry. This condition is treatable and manageable.

Maybe, at some point in your life, you have suffered from brief periods of vertigo which disappeared without treatment. If it happened to you, maybe you suffered from benign paroxysmal positional vertigo or BPPV. It may be a strange name to you, but you don't have to worry. This condition is treatable and manageable.

But, before we talk about its implications, we should talk about the inner ear structure:

The inner ear is confirmed basically by 3 semicircular canals crossed with each other and filled with fluid (endolymph), and the utricle and saccule, which possess in its interior some calcium carbonate crystals, known as otoconia or otoliths. These structures have the objective of keeping a normal balance sensation during everyday life. When these calcium carbonate crystals dislodge themselves from the utricle, these can migrate into the semicircular canals (the most commonly affected is the posterior canal because of its position). The accumulation of these crystals interferes with the normal flow that endolymph is supposed to do, sending an abnormal balance sensation to the brain, producing dizziness.

What are the signs and symptoms?

Symptomatology is based on vertigo or spinning sensation due to the movement of these crystals inside semicircular canals. These vertigo episodes, which are brief and repetitive, can be triggered by simple movements of the head such as looking up or down, sudden head movements, bending the head and rolling over in bed. While the episodes of vertigo happen, other symptoms such as nausea and vomiting, and visual disturbance (nystagmus) may appear. It is important to mention that BPPV does not produce constant dizziness and does not affect your hearing ability. Other symptoms such as fainting or syncope, numbness or paresthesia of the limbs, speaking difficulties and/or problems in movement coordination are not normal, and you should seek the opinion of a medical physician immediately because you may have a more serious medical condition.

Two types of BPPV exist one where the calcium carbonate crystals can move freely in the endolymph (canalithiasis) and one where these crystals are attached to the nerves that sense the movement of endolymph (cupulolithiasis). In canalithiasis cases, the crystals remain still for less than a minute, making vertigo and nystagmus disappear. In cupulolithiasis cases, while the head remains in a position that affects the crystals, vertigo and nystagmus will not disappear and may last longer.

Who can suffer from BPPV?

Benign paroxysmal positional vertigo is pretty common, with an approximate incidence of 107 cases per 100,000 inhabitants every year.  Approximately 2.4% of people develop this medical condition in their lifetime. This usually affects adult people, with seniors between 50 and 70 years being the most affected. Most cases occur for idiopathic reasons, however, it has been associated with head injury, people usually affected by migraines, inner ear infection or inflammation (labyrinthitis), diabetes mellitus, osteoporosis and post-operatory cases. There are also cases related to patients that underwent root canal therapy. It has been said that the vibration of the drill used in this therapy can affect the utricle and would be sufficient to dislodge several otoliths into the semicircular canals.

How is BPPV diagnosed?

Diagnosis can be made knowing the patient's history and by performing a series of specialized test such as the Dix-Hallpike test or the roll test. In these tests, the medical physician will evaluate the level of dizziness and nystagmus that the patient develops during these. A nystagmus occurs due to the relation that inner ears and eye muscles have. In normal cases, this relation allows eyes to move in a regular direction while the head is moving. Due to the dislodged crystals mentioned before, this relation is abnormal and the eyes move while the head remains still, producing the dizzy sensation.

The Dix-Hallpike test is performed by a medical physician to determine if the posterior semicircular canal (most affected) is involved. It is based on the reorientation of this canal with the direction of gravity. Patients are put in a supine position in a quick way, while the clinician extends the neck. Modification of this maneuver could be made in patients who are too nervous about triggering symptomatology and those who do not have a comfortable range of motion to be in that position. In the modified test, patients change their seated position to a side-lying one without extending their head off the examination table. The clinician will rotate the head 45 degrees away from the tested side while examining the eyes for nystagmus. These tests are positive when the patient feels dizzy and when the nystagmus is observed.

The roll test is performed to determine if the horizontal semicircular canal is involved. The patient must be in a supine position with the head in a 30 degrees cervical flexion. The clinician will rotate the head 90 degrees to the left side in a quick way, checking for dizziness and nystagmus. The head is brought back to the original position after this maneuver. Then, the clinician will do the same maneuver to the right side. A more intense vertigo and nystagmus are experienced while doing the maneuver to the affected side.

How is BPPV treated?

In most cases of BPPV, the treatment is mechanical and is done through maneuvers that take advantage of gravity to guide the otoliths back to their normal position. These maneuvers are called Canalith Repositioning Maneuvers. In cupulolithiasis cases, the crystals must be dislodged from the nerves before moving them to a position that does not affect. This is done with quick head movements in the plane of the affected semicircular canal and is called the Liberatory Maneuver. The Epley maneuver, the most common use in clinic visits and at home, and the Semont maneuver are among the most popular maneuvers to guide the crystals. Medication for BPPV, at this day, has no evidence that supports its use. Surgical treatment may be considered in rare cases. Additionally, consultations with more specialized physicians are recommended. 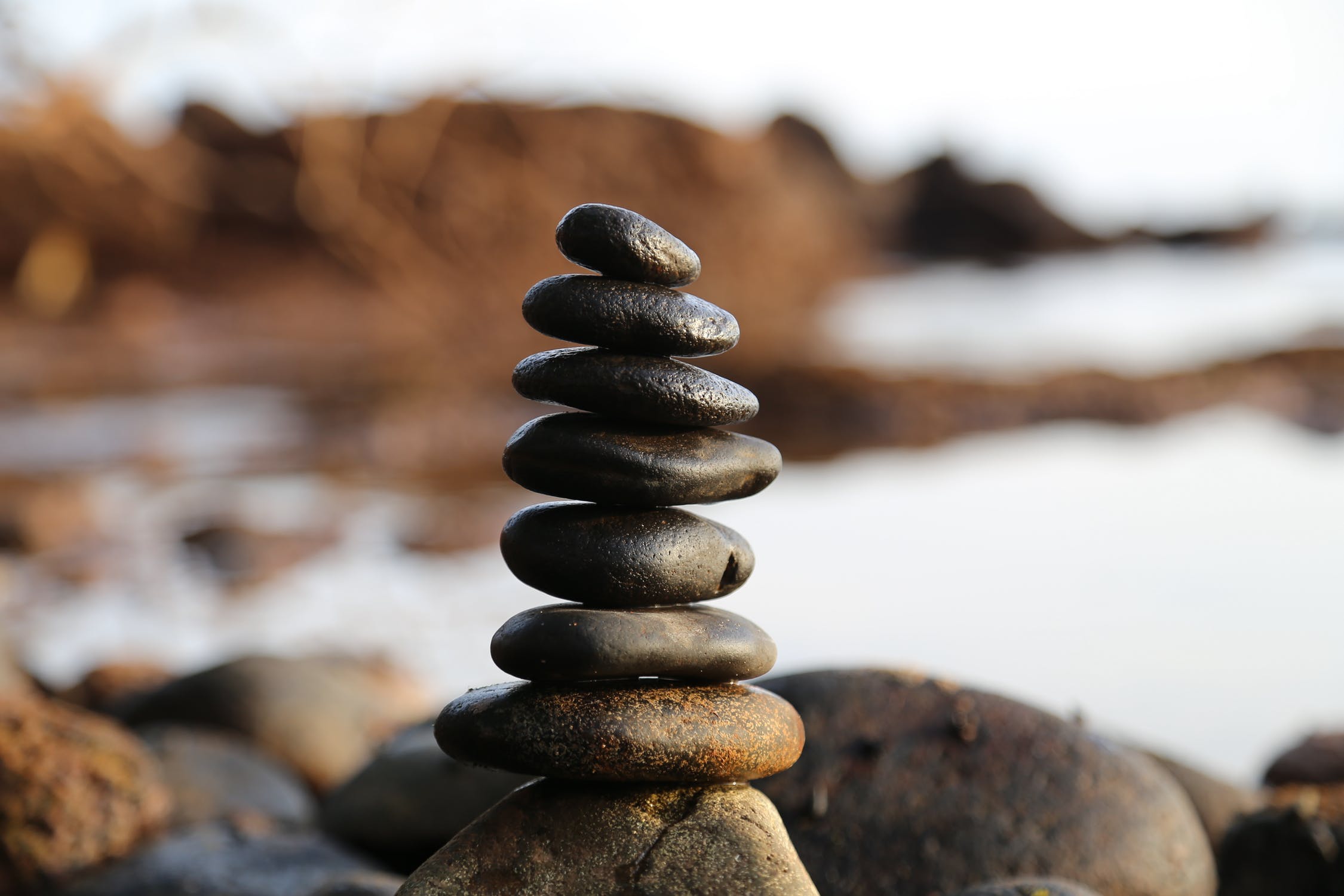 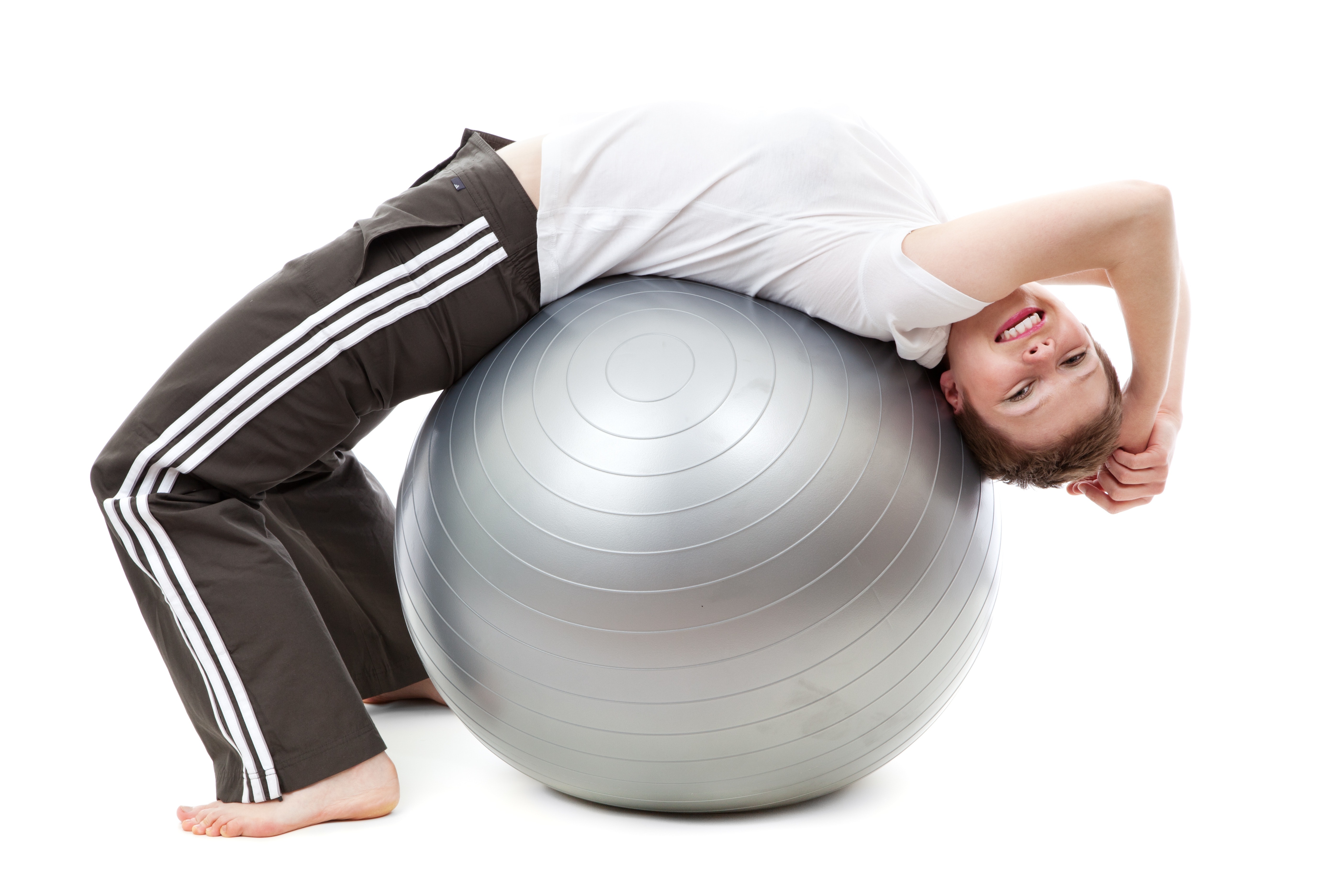 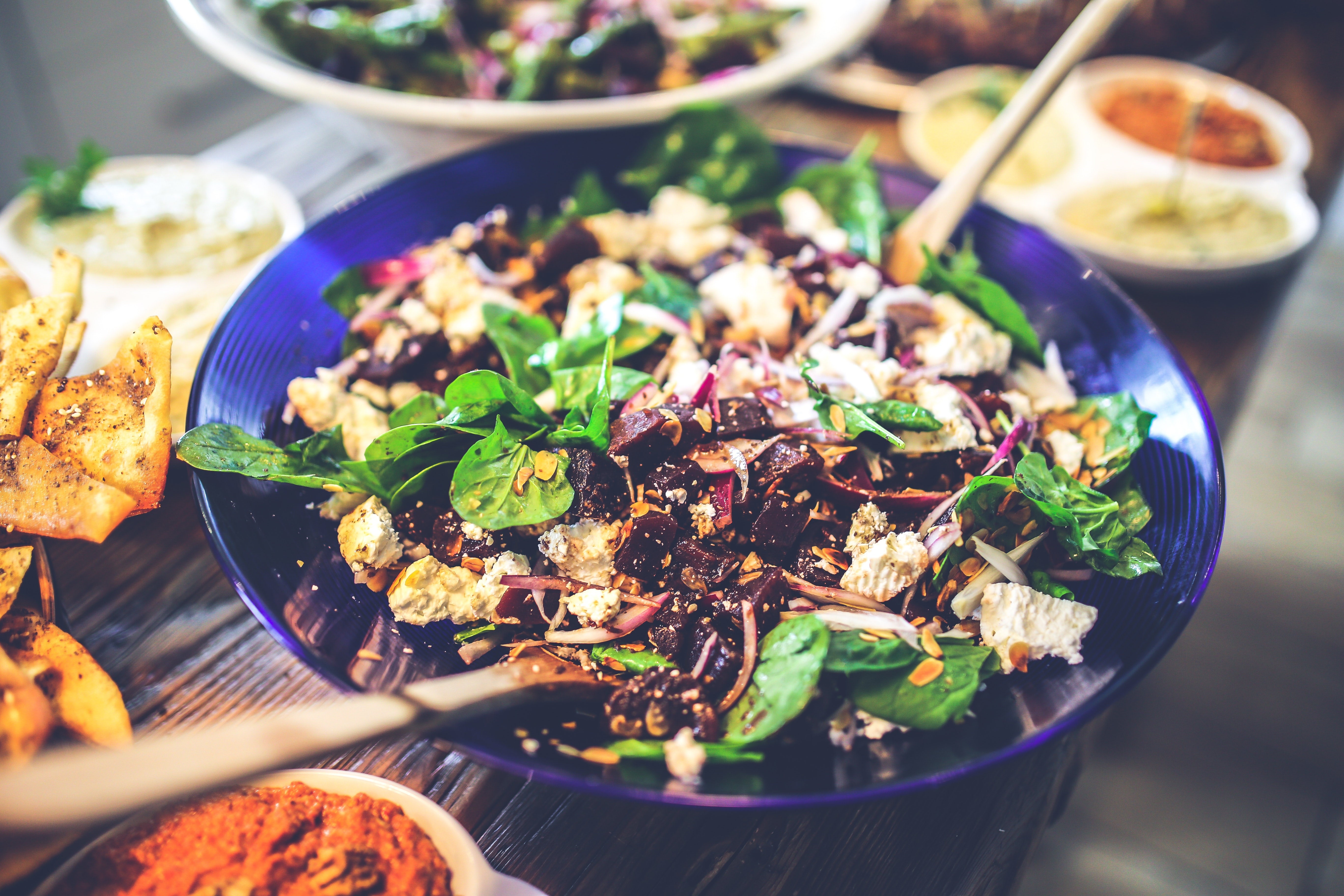 Feeling dizzy, having balance problems related or not to a head injury? Find help now. We have a full team of professionals that could assist you in your journey to feeling your best again.